Coca-Cola or Pepsi: analysis of the opinions of users on social networks Coca-Cola or Pepsi: analysis of the opinions of users on social networks

There has been an unspoken rivalry between Pepsi and Coca-Cola for a long time. Users on social networks are actively discussing which drink is better, and marketers are only adding fuel to the fire.

At the same time, both brands are practically not inferior to each other. During production, they use modern technology to conduct their own research and testing, allowing them to improve the product and develop new features.

We wondered which brand was more popular on social networks - Pepsi or Coca-Cola. To do this, we had to use our own monitoring and information collection tools. 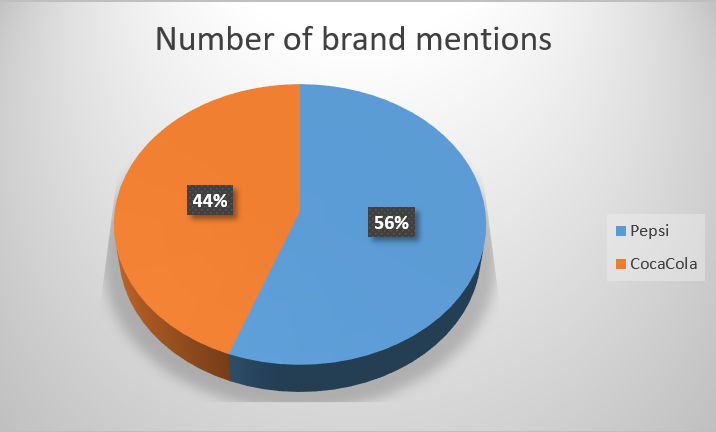 As a result, we have interesting data that can help us judge the opinions of users in different countries.

In the diagram, we can see what the proportion of brand mentions is. Pepsi is more common than Coca-Cola, but the gap is very small when you factor in beverage sales.

It is not enough to simply evaluate brand mentions to conduct a comprehensive study and draw more accurate conclusions. It is also important to take into account the number of publications on social networks and their impact on users. 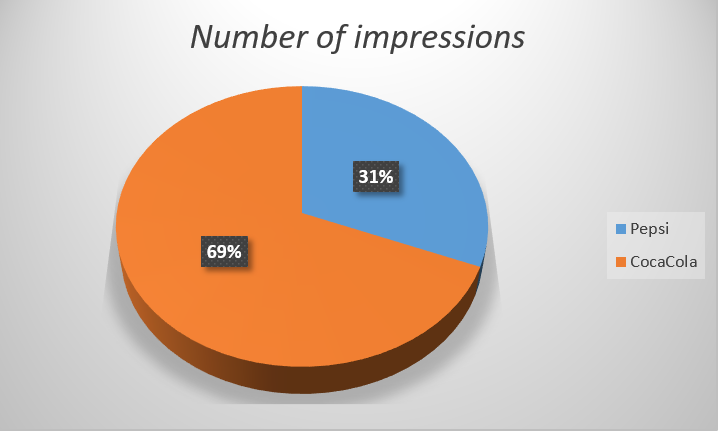 Over the past six months, there have been more positive responses to advertisements and publications about Coca-Cola than about Pepsi. This requires evaluating the advertising campaigns of brands and the advantages that they use in promotion.

In 2020, with the spread of coronavirus worldwide, sales of many products have fallen. However, sales of sugary carbonated drinks have not significantly reduced, although some have felt the impact of the pandemic. This is due to the fact that many people, while locked at home, tried to somehow cheer up. They started ordering more and more carbonated drinks accordingly.

We conducted a global survey of Walmart and Target users, reaching over 200 people. In 2021, Pepsi and Coca-Cola again began to fight for the championship, although the questionnaire showed quite obvious results. Coca-Cola took first place. More than 51% of people prefer it. 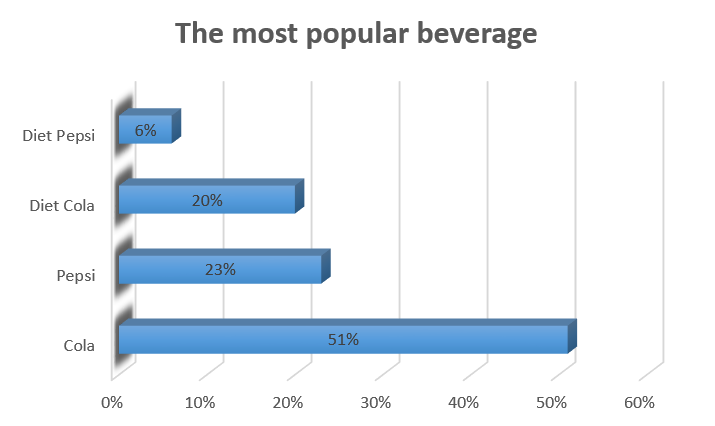 Where do you buy carbonated drinks most often?

Why do we need this information? This kind of analytics allows companies and suppliers to adjust sales in line with consumer expectations.

It turns out that 84% of people were not particularly affected by the pandemic. They continue to consume the same amount of sweet drinks or even more. They pre-plan the purchase and usually know where it is cheaper. In comparison, energy drink consumers buy on impulse, most often in convenience stores. This does not apply to carbonated drinks.

Many of us buy carbonated drinks from grocery stores (about 78%), with 74% from large retail stores. Drinks from warehouses are bought minimally. 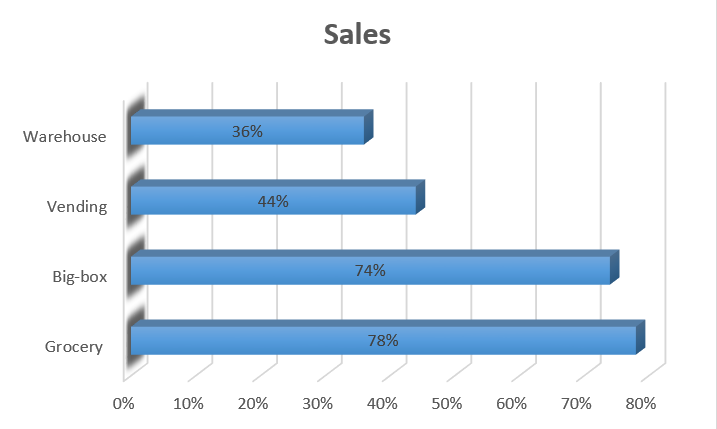 Where do you see ads for Pepsi and Coca-Cola most often?

We often drink sweet soda while watching an interesting movie, on vacation outside the city, and when meeting friends. We rarely remember where we saw an ad, but for brands this information often plays a decisive role in the design of an ad campaign. 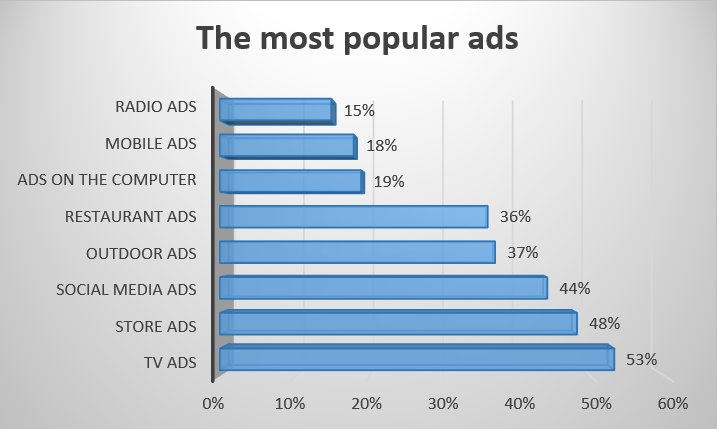 Most often, consumers remember TV ads. At the same time, 71% of users claim that Coca-Cola has more memorable videos. Radio advertising is becoming less and less effective, so those involved in retail and wholesale have a lot to think about.

And finally, which one is better - Pepsi or Coca-Cola?

71% of users choose Coca-Cola. Some believe that caffeine is the main cause. We love this drink for its taste, pleasant sizzle and pinching on the tongue. Many people believe that Coca-Cola contains more caffeine, but this is a misconception. Pepsi is ahead of Coca-Cola in this indicator. But a lot is made up of self-belief.

The second selection criterion is taste. 50% of people think that Coca-Cola is sweeter, but Pepsi actually has a higher sugar content. 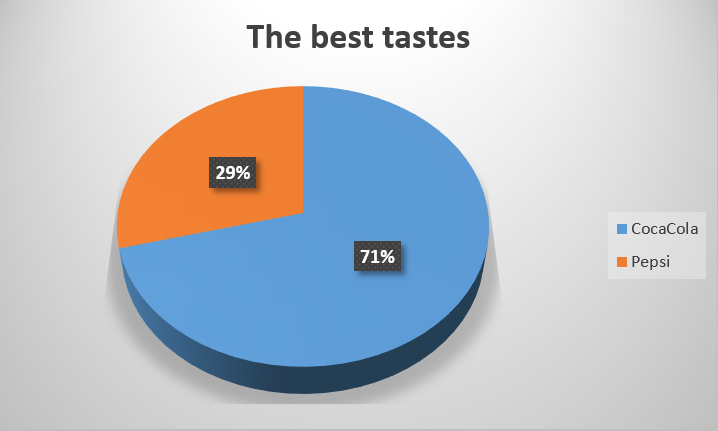 And in most studies, Coca-Cola is ahead of Pepsi. But in reality, everyone chooses the right drink for themselves. About 30% of users cannot tell the flavor difference between these two drinks, so it doesn't matter what they buy.

Let's take a look at each brand separately.

Differences and similarities between Pepsi and Coca-Cola

The Coca-Cola Company is the world leader in the production of soft drinks and is probably one of the world's most recognizable brands, if not the most recognizable. This corporation owns over 500 beverage brands. Some of the brands are worth billions of dollars, including Coca-Cola, Fanta and Sprite.

Coca-Cola has a huge logistics network that ships the company's products to over 200 different countries. Nearly 70% of sales take place outside the United States.

The coronavirus pandemic has severely damaged the company's performance. In Q2 2020, the issuer's losses were terrible. It also marked the largest decline in income over the past 30 years.

Global beverage sales fell 15% amid a sharp decline in sales in restaurants, entertainment centers, cinemas and other public spaces, which accounted for more than 50% of the corporation's revenue.

The coronavirus has not spared the other categories either. The volume of tea and coffee production fell by 31%, while the volume of water and sports drinks sagged by 24%.

The PepsiCo company is similar in its activities to Coca-Cola. This corporation is also engaged in the production, marketing, sales of drinks. But PepsiCo also sells food and snacks.

Some of the products reach consumers through independent distributors and retailers, and some through the company's logistics network. Products from this issuer are also available in most countries of the world, although the United States accounts for almost 60% of total sales, while Coca-Cola only accounts for 30%.

The corona crisis also affected this company. However, only the segment that was responsible for the drinks suffered, and the snack business turned out to be more resistant to lockdowns.

Coca-Cola's dividend yield is approximately 3.5%, while Pepsi's is 3.0%. PepsiCo's production of snacks gives it an edge over Coca-Cola. PepsiCo's second-quarter performance and year-to-date inventory growth were better than Coca-Cola's.

As we mentioned previously, PepsiCo has one undeniable advantage: namely that the company is not solely focused on drinks, but on snacks too. PepsiCo's quarterly reports for the second and third quarters and last year are an order of magnitude better than Coca-Cola's.

However, given the upside potential and lower price, Coca-Cola shares seem to be more attractive.

From a financial point of view, PepsiCo has a bigger business, as evidenced by the company's revenues, which are almost double that of Coca-Cola. Still, Coca-Cola's business is more profitable, with an operating margin of over 27%, while Pepsi's is under 17%.

However, one area where Pepsi has a decisive advantage is in dividend payments. Pepsi's dividend payments are higher thanks to free cash flow, and Coca-Cola paid out about $800 million more in dividends than it generated in free cash flow. According to forecasts, Coca-Cola's production volume will show growth in the coming years, and the company will quickly catch up with its competitors. But this is still a long way off, and right now PepsiCo has an advantage in terms of financial stability.